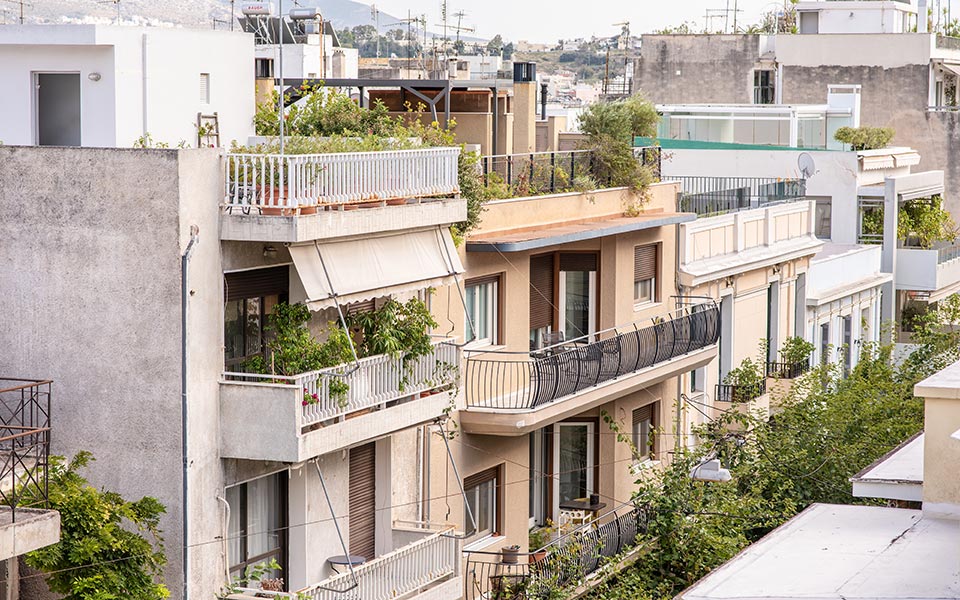 The numbers per region

Percentage distribution for the period July 2019 – June 2020 reveals that hotels and short term rentals in Greece has reached equal number of beds. This is one of the main findings in a recent study of SETE Intelligence (INSETE) focusing on short-term accommodation offer. 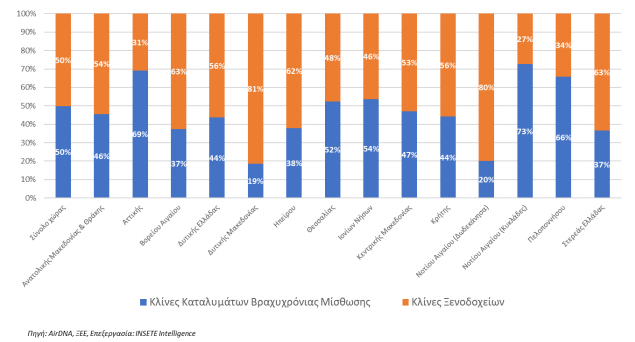 Over 50% of short-term rental properties in Greece, bedrooms and beds are located in Attica region, Crete and Cyclades. Out of the 179k accommodations, 89% were independent, 2% were hotel rooms and 9% were private rooms in a shared house or flat. Out of the 179.000 accommodations, the majority are located in Attica (18%), in Cyclades (17%), in Crete (17%) and in Ionian (14%). It is interesting to notice the low percentage in Dodecanese (5%). Similar figures are observed as to available beds, whose majority is located in Crete (18%), Cyclades (17%), Attica (17%) and Ionian islands (14%). In Cyclades there are 3 times more short-term rental properties and 3,5 times more beds than in Dodecanese. Also, although the total number of properties are at the same level in Cyclades, Attica and Crete, there are less bedrooms and beds in Attica due to the lower average property size.

The progress of short-term rentals in the market shows that out of the 179.000 properties which were available during the period July 2019 – June 2019, 38% first appeared online before 2017. Therefore, a considerable percentage of the available properties are the object of longstanding commercial activity. 31% of the properties appeared in 2019 and early 2020, apparently due to the significant rise in tourism activity during 2017 and 2018, which continued in 2019. 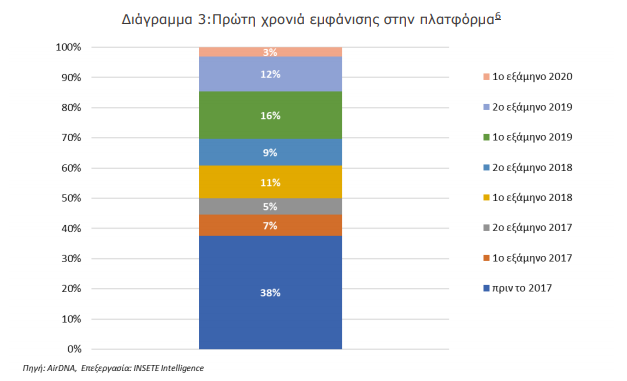 Moreover, short-term rental accommodations comprise 13% of holiday and secondary homes in Greece. This share is quite higher in Cyclades (59%), Ionian islands (56%), Dodecanese (39%) and Crete (36%).

The above data confirm that short-term rental in Greece is a professional endeavor to a significant degree. It is no longer just a source of a little extra income by exploiting certain unused resources. Through the commercial use of online platforms, it is an activity which plays a major role in the overall development of the Greek tourism. This is especially evident in certain significant touristic destinations, such as Cyclades, Attica and Ionian islands, where short-term rental available beds potentially surpass hotel beds.

The high percentages of Instant Book listings and the number of Super hosts demonstrate the increasing professionalization of short-term rental management. In addition, the minimization of the reservation confirmation waiting time makes short-term rental properties competitors to be reckoned with by hotels and other accommodation entities.