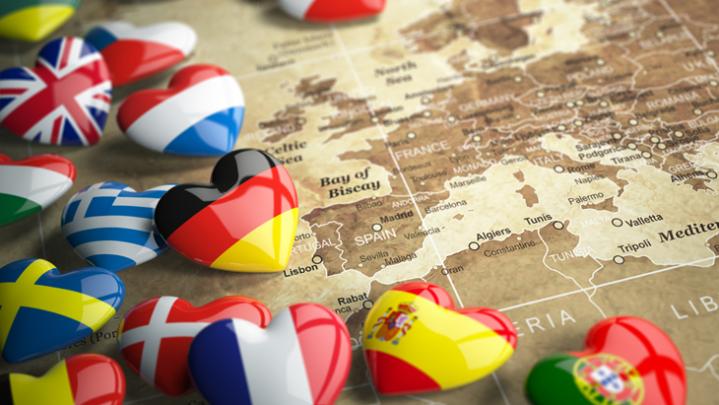 The European Travel Commission recently published its latest edition of the European Tourism Trends & Prospects quarterly report. Naturally, the report focuses on the impact that the COVID-19 pandemic had on travel during 2020, as well as on the expected progress in 2021.
A staggering 70% drop of international tourist arrivals to Europe from 2019 to 2020 essentially sums up the heavy effects of the pandemic on the European tourism economy. However, the ongoing vaccination and improvements in testing and tracing techniques create optimism for at least a gradual easing off of travel restrictions. Of course, we cannot talk about a total restart; travel demand is estimated to return to 2019 levels by 2023.

Executive Director Eduardo Santander expressed the ETC belief that we can expect a slow recovery of tourism during spring. Subsequently closer to “normal” figures throughout spring and autumn 2021. He further noted that tourism stakeholders will need to show adaptability to the consumer habits of this “new normality”. Safety and flexibility will undoubtedly need to be a key focus. And this will probably be a concern even for destinations which have not been very popular in the past. There is high chance that travellers will prefer to spend their holidays closer to home, at places they had not considered before. Let’s have a look at European Tourism Trends per sector.

The decline rate of tourist arrivals per European country in 2020 ranges from 51% to 85%. One third of the countries has experienced a 70% – 79% drop, including Greece at 78,6% and Spain at 77%.  Even more dramatic were the pandemic effects on countries which predominantly rely on international travellers. Such examples are Montenegro, with a fall of 85%, Cyprus at 84% and Romania at 83%. Slight exceptions were countries where visitors from nearby nations represent a good percentage of their overall arrivals. Austria was such an example, experiencing a considerably more limited drop of 53%.

The hospitality industry was obviously one of the EU sectors that suffered the greatest losses in comparison with the previous year. Many accommodations have had to remain out of operation and the total drop to occupancy levels was 54%. At least, the partial easing of lockdown for domestic travellers within their own country, resulted in a small relief for many hotels. Nevertheless, the autumn outburst of the second COVID-19 wave blocked once again the gradual reset that had started.
Even heavier were the effects on the airline industry. There was a 69.3% fall in European Air Passenger Traffic in comparison with last year. Unfortunately, IATA has forecast that Europe will be the hardest-hit region in 2021 as far as airline losses are concerned.

The general feeling regarding business trips has been that companies might prioritize them differently in the post-pandemic era. That would produce uncertainty as to whether they may ever return to pre-pandemic levels and, hence, further detrimental effects on the overall tourism economy.
However, the ETC report concludes that this issue will probably not be particularly worrisome. The business world continues to attribute key importance to personal contact, especially when it comes to closing new deals or signing new contracts. It is quite indicative that, as per research conducted by SAP Concur in 2020, 92% of business travellers believe that travel restrictions and the consequent lack of face-to-face contact have significantly adverse effects on business results. It is therefore expected that business travel returns to 2019 levels by 2023 on domestic level and by 2024 on international level.